Atollic TrueSTUDIO v7.0.0 has now been released for Microsoft Windows, with a Linux version being available in Alpha-status too!

After a lot of polishing and final touches by our development team, we finally released Atollic TrueSTUDIO v7.0.0 for Microsoft Windows earlier today. This is by far the best Atollic TrueSTUDIO release we have ever made, and we trust you will be very pleased with it. Download now and try it today! Maybe you prefer to use Linux as your development platform? In such case, you'll want to know we released a Linux version in Alpha status at the same time as well.

We are very excited about both the new Windows version and the upcoming Linux version! All-in-all, this is a major new version of Atollic TrueSTUDIO, and includes a platform upgrade to Eclipse Neon v4.6.1 and CDT v9.1.0. Overall, the new release brings significant improvements to its users, and we recommend you to upgrade now.  Read this blog post for more information.

All-in-all, the new TrueSTUDIO release is a major step forward for professional embedded developers, who want a highly powerful and flexible IDE, helping to improve project efficiency and software quality. Similarly, the free TrueSTUDIO Lite version provides a fantastic development environment for academic and hobby use.

Download Atollic TrueSTUDIO v7.0.0. for Microsoft Windows now! If you are in the Linux camp, you can download an Alpha version of our soon-to-come Linux version here. 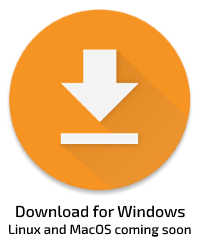